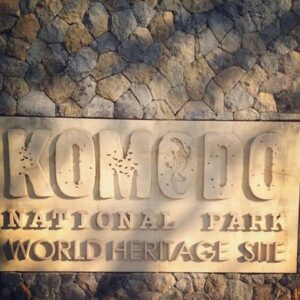 The Minister of Tourism and the Creative Economy, Sandiaga Uno, has announced that plans have been revoked to increase the admission fee to visit Indonesia’s Taman National Komodo.

Precipitating widespread protest, plans were announced earlier this year to increase the individual admission fee to Rp. 3.75 million on 01 January 2022.

Speaking in Jakarta on Thursday, 15 December 2022, Minister Sandiaga said: “It (The High admission fee) has been withdrawn and revoked. So there will be no increase in the entrance tariff for Komodo.”

The Minister did not elaborate on the decision to revoke the higher admission fees long championed by Minister Luhut Bismar Panjaitam, Minister of Maritime Affairs and Investment. In July 2022, the Provincial Government of East Nusa Tenggara announced the new admission fee for the Komodo National Park would increase to become Rp. 3.75 million.

Based on the Minister of Tourism’s most recent announcement, the admission cost will remain at Rp. 150,000 per visitor.

Local tourism operators are complaining about the contradictory announcements. The eventual reversal of the unpopular policy will do little or nothing to recoup hundreds of canceled bookings and momentum in group interest in traveling to Komodo. (Main Article: Komodo Park Entrance Fee)

Ain’t Nobody’s Business if I Do!

A storm of controversy has erupted following the legal endorsement of a new section in the criminal law addressing adultery and sex, with members of the Indonesian House of Representatives accusing Australians and other foreigners of failing to understand the new law. In fairness, based on reports in local media, more than a few Indonesiannedia sources are also confused by recent events.

Article 412, paragraph 1 of the new law states: “Anyone living together as husband and wife outside of marriage shall be punished with imprisonment for a maximum of 6 (six) months or a fine.”

Many members of the international media are focusing on Indonesia’s ratification of the law that criminalizes sex outside of marriage. One source, BBC.com, has published coverage under the title “Indonesia Passes Criminal Code Banning Sex Outside Marriage,” emphasizing an alleged criminalization of non-marital sex.(Main Article: Komodo Park Entrance Fee)

Meanwhile, Indonesian press and social media outlets are decrying the new law as overreaching and an outright interference in the private rights of the individual. In response, Indonesian lawmakers accuse the press of misinterpreting and twisting the intent and purpose of the new law. (Main Article: Komodo Park Entrance Fee)

Speaking from Jeddah on Wednesday, 07 December 2022, the Indonesian Minister of Law and Human Rights, Yasonna Laoly, said: “What is developing is a misperception, especially from outside. For example, regarding extramarital sex, It seems that the twist is going too far. I have to underline that extramarital sex (in this instance) is a complaint-based offense.”

By “complaint offense,” the Minister meant the police can only action charges of adulterous behavior if an immediate family member initially files a formal police complaint.

Yasonna explained that no one would be arrested for adultery or extramarital sex without a police complaint filed by a family member. The cabinet minister accused those depicting the new law as interference in personal privacy of overreaching. He is asking that foreign visitors not be worried about the new anti-adultery law that can only apply if a family member makes a police complaint. Adding: “There has to be a complaint made. If an Australian wants to holiday in Bali with a partner or stay in the same room or whatever, that’s their business. This would require a formal complaint from the parents in Australia which is not their culture,” (Main Article: Komodo Park Entrance Fee)

In addition to Yasonna, the head of the House of Representatives (DPR), Sufmi Dasci Ahmad, has tried to defuse the controversy surrounding the new law, emphasizing the law is grounded in the need for someone to make a formal police complaint. Ahmad said the DPR would soon create a task force to socialize the new law to the public.

RI Adultery Law: What You Need to Know 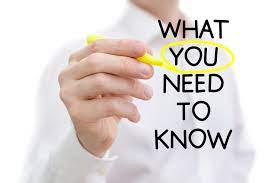 The recent ratification of a new law – the KUHP on adultery and extramarital sex has generated widespread international press comments, much of it exaggerated and misrepresenting the true nature of Indonesia’s criminal justice system.

Here’s what you Need to Know and Understand About Indonesia’s new anti-adultery law. 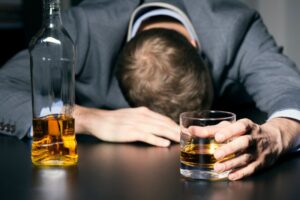 A new article (424) in Indonesia’s revised criminal code (KUHP) should give pause to bar and nightclub operators.

Under the new law, bartenders and service staff – and by extension, their employers – can be held criminally responsible for serving drinks to customers who are intoxicated and should have been refused further service. (Main Article: Komodo Park Entrance Fee)

Service staff and their places of employment discovered to continually serve drunk customers more alcoholic beverages may be subject to criminal prosecution and jail terms of multiple years.

Among the stipulations of the just ratified Article 424 of the Criminal Code include the following:

The new Indonesian law reflects the situation in many countries that hold bars and entertainment establishments legally responsible if they knowingly continue to serve someone already intoxicated. (Main Article: Komodo Park Entrance Fee) 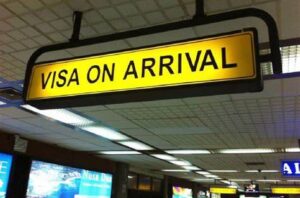 The Director General of Immigration -Ministry of Law and Human Rights has announced that foreign travelers coming to Indonesia can apply online for an electronic visa (e-visa-on-arrival) 90 days before arrival.

“The time limit for the use of an E-VOA is 90 days from the date of issuance.,” explained the sub-coordinator for public relations of the Director General of Immigration, Achmad Nur Saleh, in a written statement issued on Thursday, 15 December 2022. Saleh continued, saying that foreign nationals can apply online for a visa-on-arrival three months before their intended arrival date. The online VOA will be valid for 30 days. (Main Article: Komodo Park Entrance Fee)

Immigration officials urge foreign travelers to apply before commencing their travel to ensure the VOA is in hand and confirmed before arrival in Indonesia. If circumstances require, the application for a VOA can be made manually at the port of entry.

To apply for an e-VOA, travelers should prepare a photo of the biodata page of their passport (format JPG/JPEG/PNG). A passport-size personal photograph and a major credit/debit card to pay the visa fee (Visa/Mastercard/JCB).

Third-party payment of the visa fee in a name other than the visa applicant can be made using 3D secure technology for international bank card transactions. (Main Article: Komodo Park Entrance Fee) 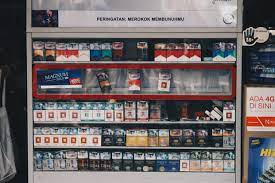 Indonesian Finance Minister Sri Mulyani has announced that effective 01 January 2023, the excise tax on Tobacco products would increase an average of 10%.

Speaking at the DPR Complex, Sri Mulyani told the press on Monday, 12 December 2022, that the higher taxes would apply as soon as January 2023

As reported by CNN.com, Kamrussamad, a member of Commission X of the DPR, questions if the tax increase has been adequately socialized in advance to the public. The Legislators said no “road map” exists detailing the steps leading up to the tax increase’s eventual implementation in 2023. He also lamented that the amount of untaxed, illicit tobacco products still in circulation exceeds 5%.

“Illegal cigarettes stand at 5.5% in 2022. When will this be reduced to 3% or 2%? This situation is chaotic, and the Ministry’s road map does not define any clear policy. The amount of illegal cigarettes is always more than 5%. This represents a leakage in the State’s funds,” commented Kamrussamad.

In defense of its administration, the Ministry of Finance insists it has always paid attention to the impact of its policies on employment and related industries. They also consider the effect on state revenue. A spokesman points out that competing interests are at play. For example, some want to emphasize health and do not necessarily think in the same direction as those who want to create jobs. (Main Article: Komodo Park Entrance Fee)

Seen from another perspective, the head of The Fiscal Policy Agency (BKF) of the Finance Ministry, Febrio Nathan Kacaribu, discussed the slowness of the creation of a road map on matters related to tobacco excise taxes. He explained that such a road map must contemplate a range of considerations and that his Ministry always pays attention to issues linked to public health, employment, and manpower and also consider the impact of policy decisions on related industries. In the end, the Ministry must always weigh how any issue impacts State revenues. 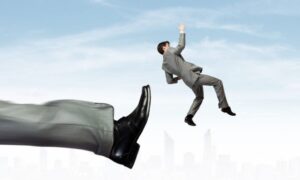 NusaBali.com reports that 194 foreign nationals were deported from the Province of Bali in 2022.

Napitupulu also confirmed that 15 Brazilians were deported for violating the terms of their visas. The Brazilians failed to pass the on-arrival interview process at Bali’s Airport, causing immigration examiners to presume those rejected were not visiting Indonesia for tourism purposes but for professional and business reasons.

A group of 15 Brazilians was denied entry into Indonesia.

Anggiat said that of the 194 foreigners deported in 2022, most were deported for overstaying their visas. Others were deported after completing a prison sentence or because they were caught involved in activities not allowed under their visa class. (Main Article: Komodo Park Entrance Fee)

The US Government has announced the cancellation of a Visit to Indonesia by President Biden’s Special Envoy to Advance the Human Rights of Lesbian, Gay, Bisexual, Transgender Queer, and Intersex (LGBTQI+) Jessica Stern. The planned visit was to meet with Indonesian leaders in the private and public sectors regarding President Biden’s 04 February 2021 Presidential Memorandum on Advancing the Global Human Rights of LGBTQI + persons.

The US Ambassador to Indonesia, Sung Y Kim, announced the cancellation of Stern’s visit. In canceling the visit, Ambassador Kim issued an official statement: “One of the reasons the United States and Indonesia have such a strong relationship is that we both uphold values such as democracy, human rights, diversity, and tolerance. Those values should apply to every member of society, including LGBTQI+ persons.” (Main Article: Komodo Park Entrance Fee)

Despite the cancellation of Stern’s visit, Ambassador Kim added: “While we look forward to continuing our dialogue with religious leaders, government officials, and members of the public on the important topic of ensuring respect for the human rights of LGBTQI+ persons, after discussions with our counterparts in the Indonesian government, we have decided to cancel Special Envoy Stern’s visit to Indonesia.

Knowing that around the world, LGBTQI+ persons experience disproportionate levels of violence and discrimination, it is important to continue the dialogue and ensure mutual respect for one another rather than pretending that the issues do not exist. Countries like Indonesia and the US can learn from one another about how to counter hatred and ensure more prosperous, inclusive societies for all.”

Jessica Eve Stern holds a Ph.D. from Harvard University in Public Policy (1992) with a Master’s Degree from the Massachusetts Institute of Technology and a Bachelor of Science Degree from Columbia University. Dr. Stern has held professional assignments in the Clinton Administration’s National Security Council and the Council on Foreign Relations. She is highly regarded for her expertise and publication on counter-terrorism and law.

Among those voicing objections to Stern’s planned visit to Indonesia was the Deputy-Chairman of Majelis Umum Indonesia (MUI), Anwar Abbas. In a written statement on 01 December 2022, Anwar said regarding the arrival of Jessica Stern, the US special envoy to promote LGBTQI+ human rights from December 7-9 to Indonesia, the MUI has stated that it firmly rejects the presence of the special envoy.

Anwar emphasized that Indonesia, as a religious and civilized nation, does not need to receive guests who aim to damage and unsettle Indonesia’s noble religious and cultural beliefs and values. (Main Article: Komodo Park Entrance Fee)