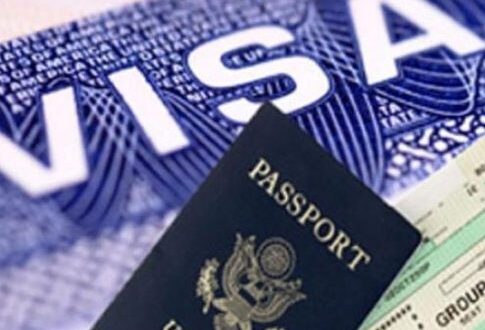 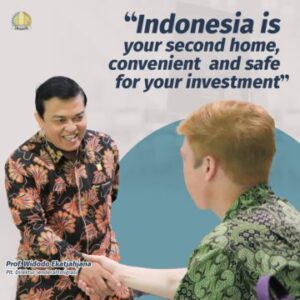 The 2nd Home Visa, launched with much fanfare in late October 2022 and scheduled to become available on 25 December, has failed to attract any takers in Bali.

The State News Agency Antara reports that Anggiat Napitupulu, Head of Immigration in Bali for the Ministry of Law and Human Rights, confirmed that there had been no applicants for the new class of 2nd Home Visas filed with his office.

The new class of 2nd Home Visas is intended to provide wealthy foreigners the opportunity to obtain stay permits valid for 5 or 10 years without any obligation of employment or a requirement to own a business in Indonesia. (Main Article: Indonesia 2nd Home Visa)

The key requirement for a 2nd Home Visa is that the applicant must be able to demonstrate to immigration authorities that they have Rp. 2 billion on deposit with a Government Bank or can present a deed of ownership for a luxury property in Indonesia.

There are an estimated 6,000 foreigners living in Bali using retirement visas.

Speaking at a press conference held in Denpasar on Monday, 26 December 2022, Napitupulu said: “For Bali, I have not yet received confirmation that any foreigner has departed to Indonesia holding a ‘second home visa.’ 6,000 people in Bali hold retirement visas.” (Main Article: Indonesia 2nd Home Visa)

Putting to rest widespread concerns that those on retirement visas would be required to convert their immigration status to a 2nd Home Visa, the Immigration Chief for Bali added that individuals holding retirement visas can renew and extend their current visa.

Those applying for a 2nd Home Visa must present proof of an Rp. 2 billion deposit with an Indonesian government bank or a property certificate for a “luxury” property in Indonesia.

Within 90 days of the second home visa applicant’s arrival in Indonesia, they must present the supporting financial documentation to immigration from a bank or a certified copy of the land ownership certificate. (Main Article: Indonesia 2nd Home Visa) 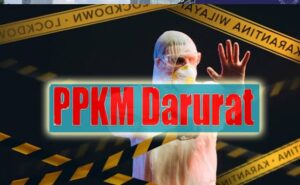 According to the Singapore Straits Times, the decision by the Indonesian government to end policies controlling and limiting domestic activities and travel was taken after Indonesia had not experienced a significant increase in daily new cases for ten consecutive months. At its height, the PPKM Policy bought inter-provincial transportation by bus and air to a virtual standstill and, over time, required travelers to be fully vaccinated, undergo COVID testing, and submit to extended periods of quarantine and re-testing. (Main Article: Indonesia 2nd Home Visa)

News published by NIKKEI ASIA, under the title “Indonesia lifts all remaining COVID restrictions for the new year,” casts a spotlight on Indonesia, which once recorded the highest level of COVID-19 infections in Asia, but recorded less than 1,000 new daily cases over the past week, also reflected in relatively low rates of hospitalization and fatalities.

NIKKEI reported Health Ministry data that lists Indonesia as the fourth most populous country in the world and has recorded more than 6.7 million overall cases, including 160,583 deaths. Almost 75% of the Indonesian population older than six years, or 174.7 million people, have received two COVID vaccinations, and a further 68.5 million have received a COVID-booster shot. (Main Article: Indonesia 2nd Home Visa)

Praise was also heaped on Indonesia by Free Malaysia Today reported a statement by President Joko Widodo that his country had conquered all impediments to preventing the spread of COVID-19 by ensuring that most Indonesians now carry the antibody against the virus.

In a press conference announcing the end of PPKM, President Joko Widowo said: “There are no longer any limits on meetings and movements.”

Also celebrating the end of PPKM in Indonesia, The Hindustan Times has published an article No masks, no tracking app: Indonesia lifts remaining Covid restrictions.

President Widodo said: “On Friday, (30 December 2022) Indonesia eliminated all remaining steps to control the spread of COVID-19. Effective immediately, this was done because the majority of the country’s populace now carried the antibody against this disease.” Adding: “There will no longer be any limitations on meetings and movements.”

With the President’s ruling, it is presumed that the need to present proof of vaccination to travel by air domestically has also been abolished. (Main Article: Indonesia 2nd Home Visa) 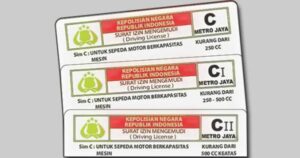 A spokesman for the National Traffic Police, AKNP Arief Budiman, said the differentiations for a SIM C Driver’s License are based on the need for specific skill sets depending on the size of the motorcycle.

The three classes of SIM C are outlined in Police Regulation Number 5 of 2021, signed by the Head of the National Chief of Police, General Listyo Sigit Prabowo, on 19 February 2021. That regulation has yet to be implemented by the Indonesian police, who claim more time is needed to socialize and enforce the new licensing system for motorcycles. (Main Article: Indonesia 2nd Home Visa)

While police are mulling when to launch the three-tiered motorcycle licensing system, a national survey is now underway to determine the actual number of motorcycles with engine capacities greater than 250 cc operating in Indonesia.

As reported by Beritabali.com, police are also preparing requirements to be put in place to obtain a CI or CII Motorcyclist License. While drivers must be at least 17 years of age to get a SIM C Standard Motorcycle License, this age limit increases to 18 years for a SIM CI and 19 years for a SIM CII.

Applicants for SIM CI and SIM CII are also obliged to pass a road safety theory quiz, undergo a motorcycle simulator test, and take a road test supervised by the police. A minimum passing score of 70 is required for the theory portion of the test. Those failing to obtain a passing score are allowed two separate retests within 14 days. (Main Article: Indonesia 2nd Home Visa) 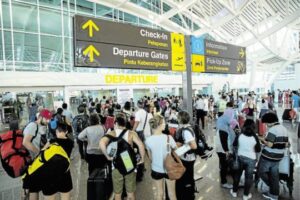 Speaking during a visit to Jembrana Regency in Bali on Thursday, 29 December 2022, Indonesian Minister of Tourism and the Creative Economy, Sandia Salahuddin Uno, urged West Bali to strengthen its readiness for the onslaught of tourists that will result in the opening of a toll road connecting Denpasar and Gilimanuk. The Minister said future developments will help achieve a more equitable distribution of tourism across all Bali areas that are now overly focused on the south and east of Bali.

The Minister underlined how the new toll road scheduled for completion in 2025 would impact Bali’s development. Adding: “We need to get ready because Jembrana will be along the toll road connecting Denpasar and Gilimanuk. We must prepare a tourism ecosystem as many things will soon be relocating to West Bali.” (Main Article: Indonesia 2nd Home Visa)

Commenting separately and quoted by Beritabali.com, Minister Sandiaga reminded his listeners that Bali remains foremost in the world’s mind as a tourism destination. He urged that Bali’s sustaining popularity be used to the optimum. Adding: “This is the basis of our continuing optimism; the tourism ecosystem and creative economy must be prepared, starting now. This is our homework so that tourism recovery takes place more equitably, emphasizing quality and sustainability.”

Sandiaga said: “All tourism and the creative economy operators must address these (targets). Don’t let us get left behind! We must prepare to create new business opportunities that create the widest employment opportunities.” (Main Article: Indonesia 2nd Home Visa) 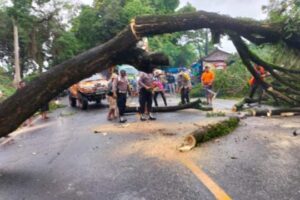 The Head of Denpasar’s Disaster Mitigation Agency (BPBD-Denpasar), I.B. Joni Ariwibawa, said on Saturday morning, 24 December, that a downed tree on Jalan Sudirman in Denpasar, claimed the life of a driver Suwarto (39) and caused minor injuries to his passenger, Vebry Aberson Simarmata (23).

The winds also upended trees on Jalan Setra Dalem Sesetan in front of the Sesetan Cemetery, South Denpasar; Jalan Pulau Lingga, Denpasar in front of Banjar Ambengan Pedungan; and on Jalan Malboro in West Denpasar. “These incidents were handled by the BPBD Fire Brigade in Denpasar and the environmental agency,” added Joni.

On Thursday night, 22 December 2022, the day before the storm, several trees also fell victim to the extreme weather, including a Weeping Fig Tree in Puputan Field in Central Denpasar. A tree on Jalan WR Supratman also fell, blocking the roadway that was eventually cleared by BPBD and Environmental Agency (DLHK) workers.

Separately, a division head of DLHK-Denpasar, Ida Ayu Widhiyanasari, ST, said that Angsana Trees (Pterocarpus indicus) are among the trees most susceptible to falling in wind storms. Because of this, city authorities said they would discontinue planting this tree species.

Trees standing in soil made moist by rains and floods often fall in high winds when their root systems become compromised.

Are you looking for the ultimate dive experience?